Chughtai Public Library and Akhuwat inaugurated its first mobile library project at Governor House, Lahore. The project “Library on Wheels” is a mobile library initiative that would expand the reach of a traditional library setup by transporting books to potential readers and providing library services to people in less privileged areas.
The library on Wheels project was inaugurated by Governor Punjab, Chaudhary Muhammad Sarwar. A Library membership card was presented to the Governor & a book was issued to him as the first member of the library on wheels. The Governor appreciated the efforts of Chughtai Public Library and Akhwat in bringing back the reading culture in Pakistan. He said that there is a dire need to revive libraries. He further added that Library On Wheels is an excellent initiative as it not only provides access to books at the readers’ doorstep but also a wider range of books through the rotation of the five different libraries moving at different localities. The Government of Pakistan is working day and night to improve the quality of education in Pakistan and greatly appreciates this collaboration between Akhuwat and Chughtai Foundation.
Dr. A. S. Chughtai. Founder, Chughtai Public Libraries also stressed the importance of libraries and briefed how CPL is playing its role by doing such meaningful projects. 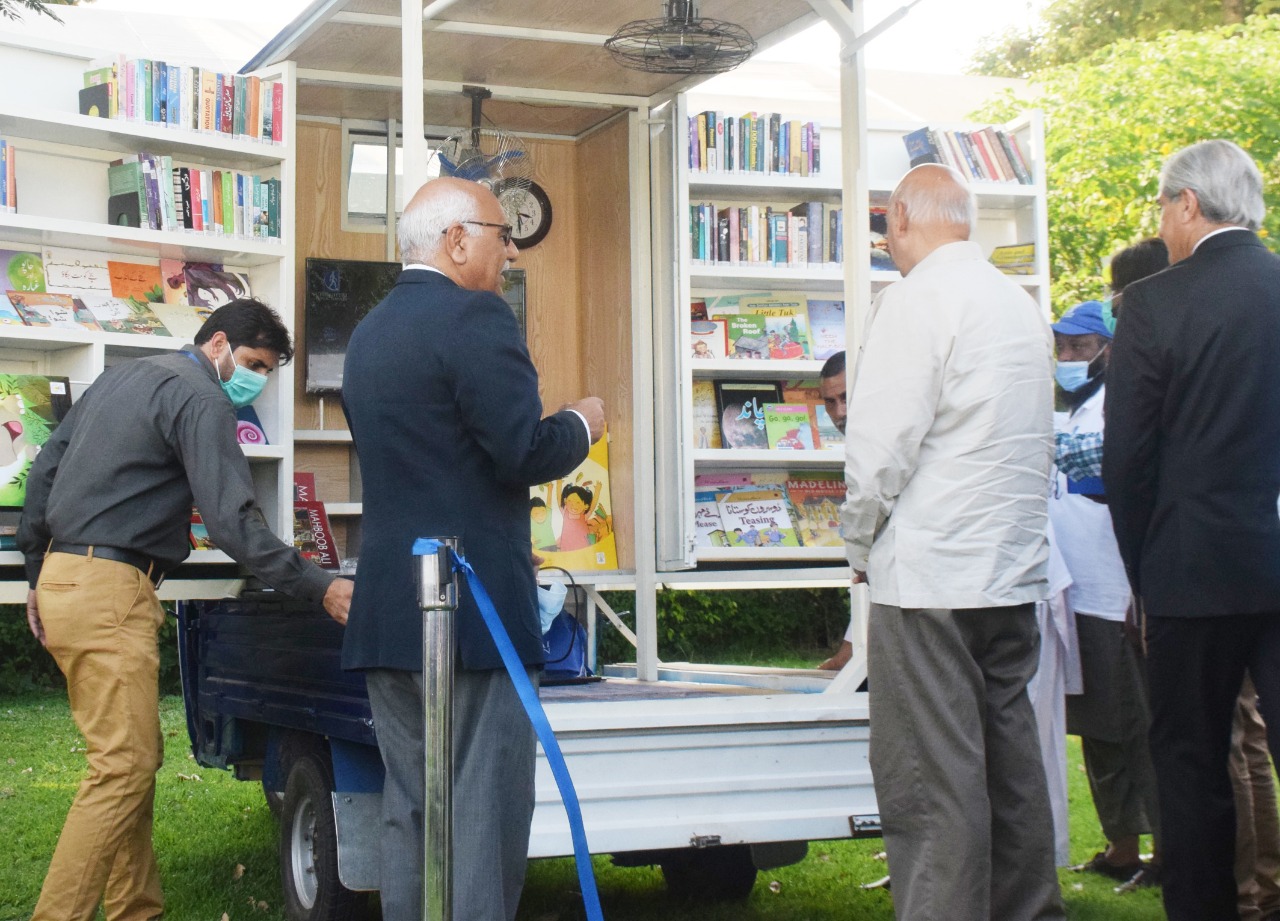 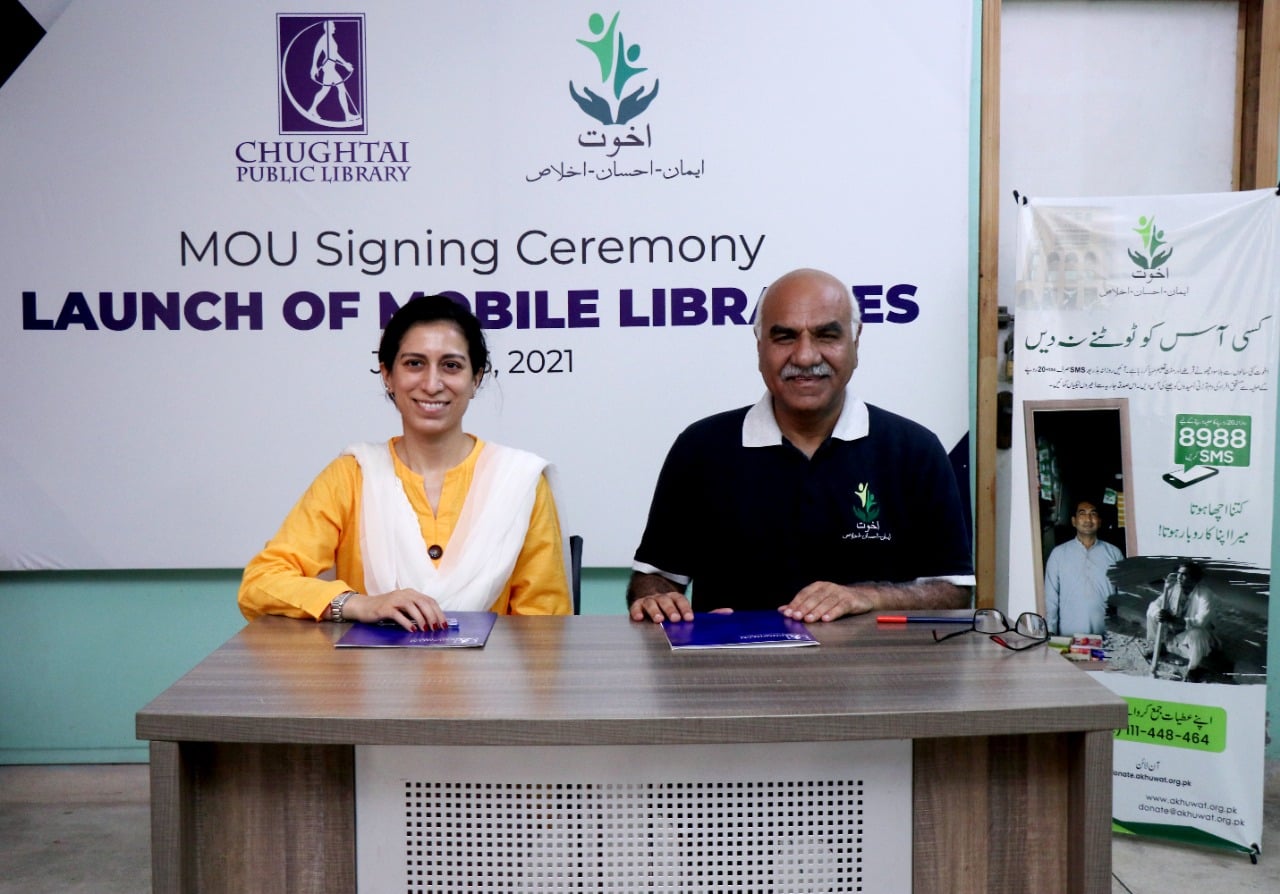 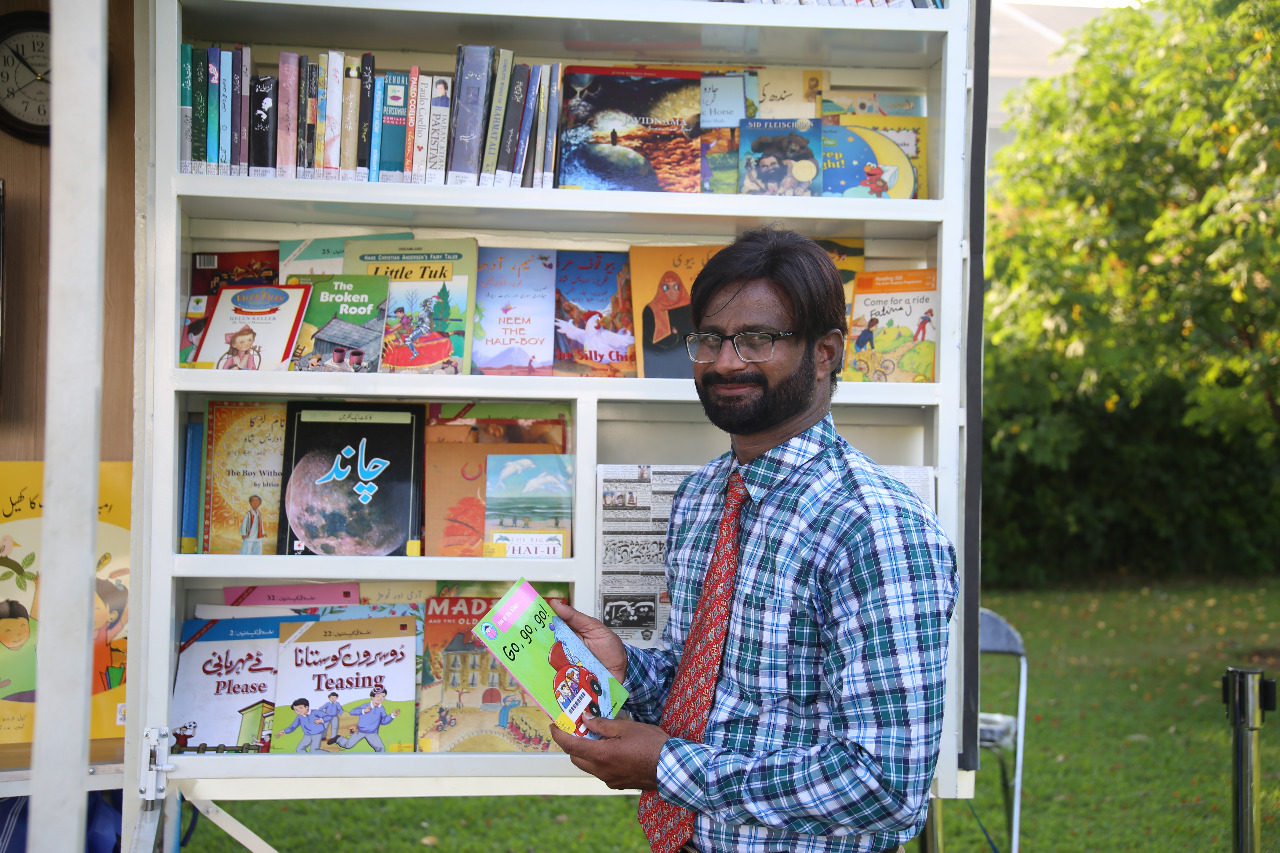 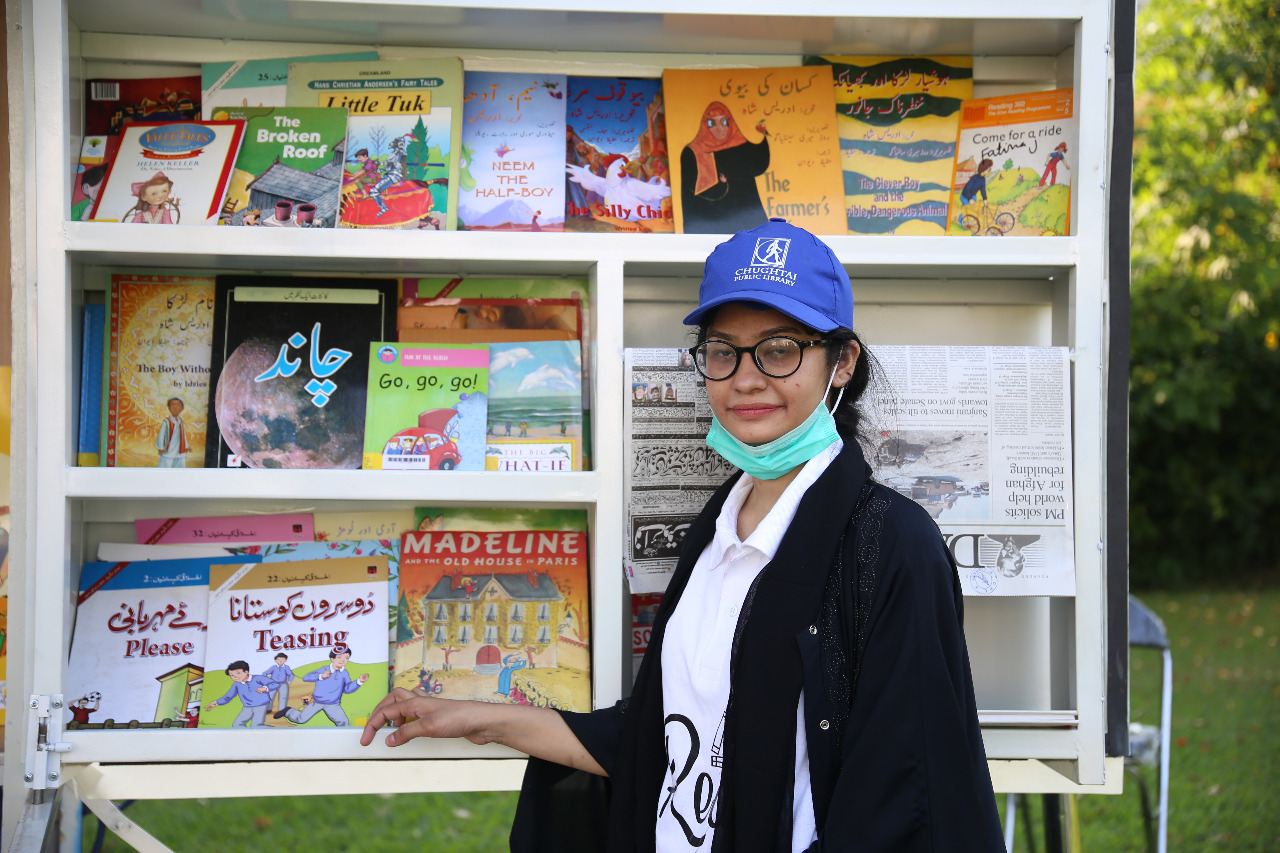 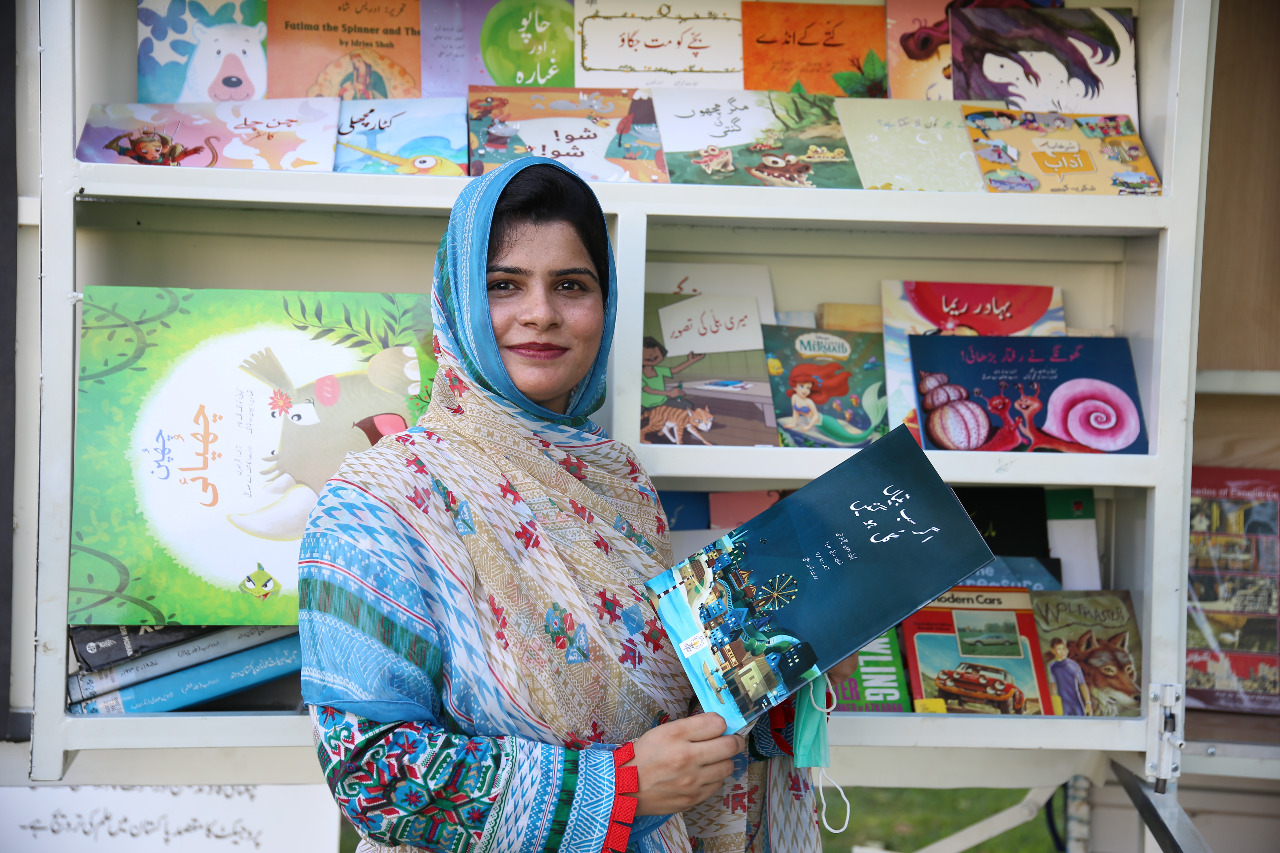 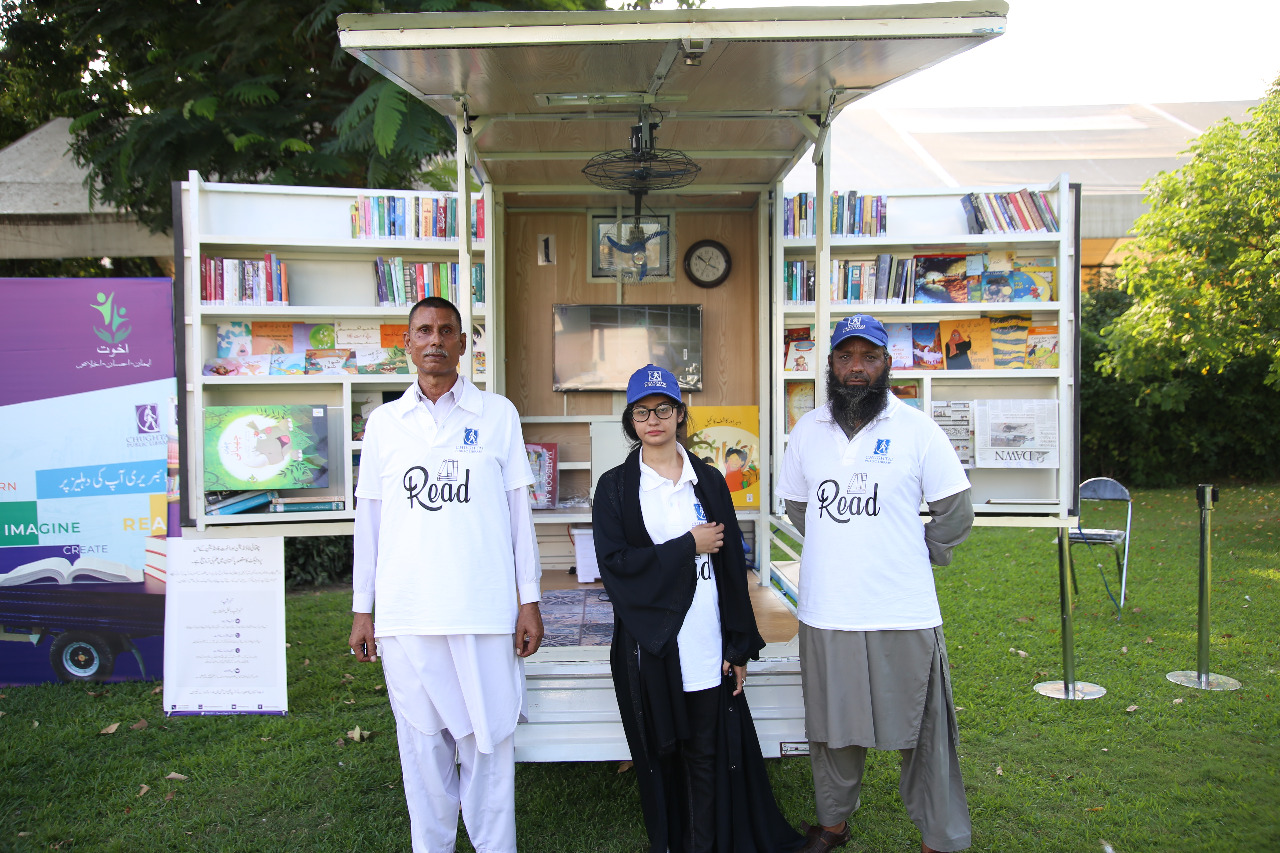 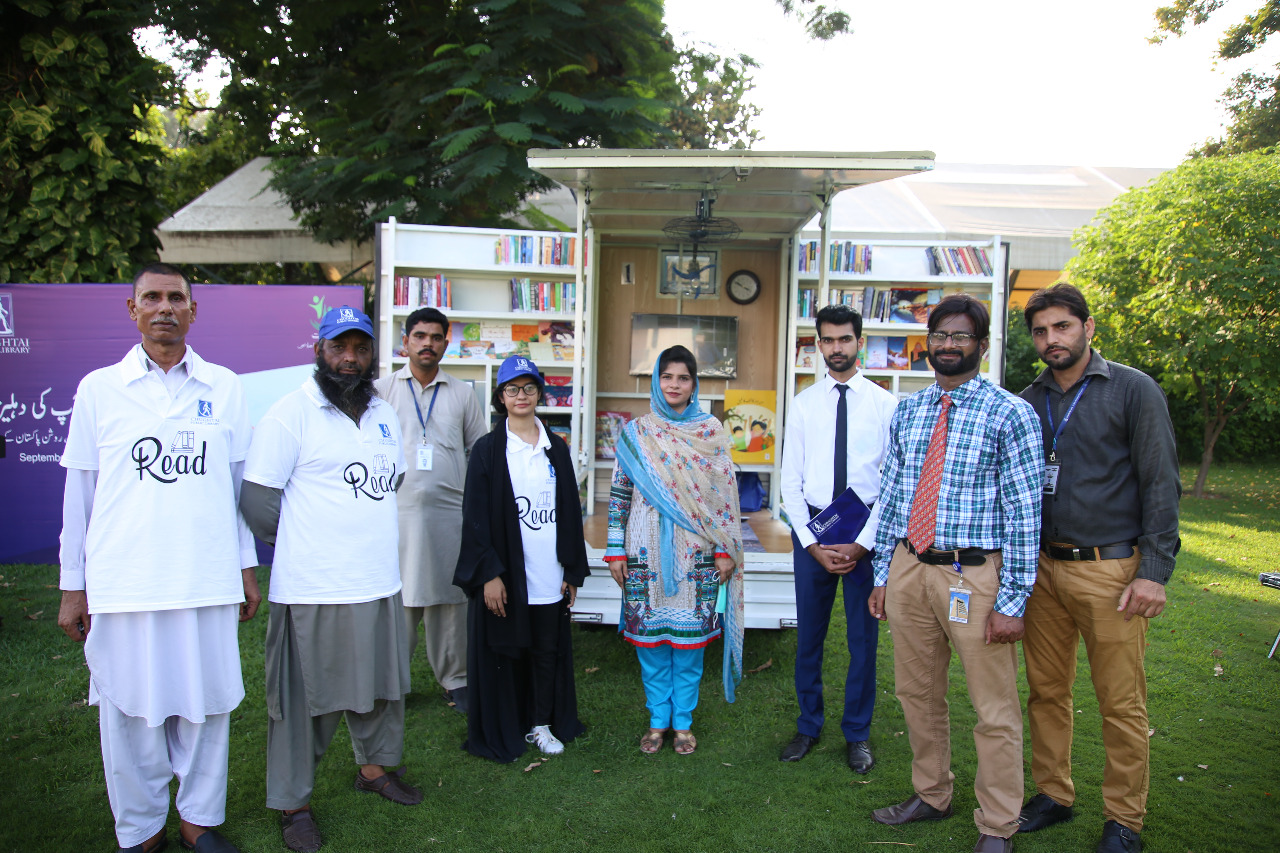 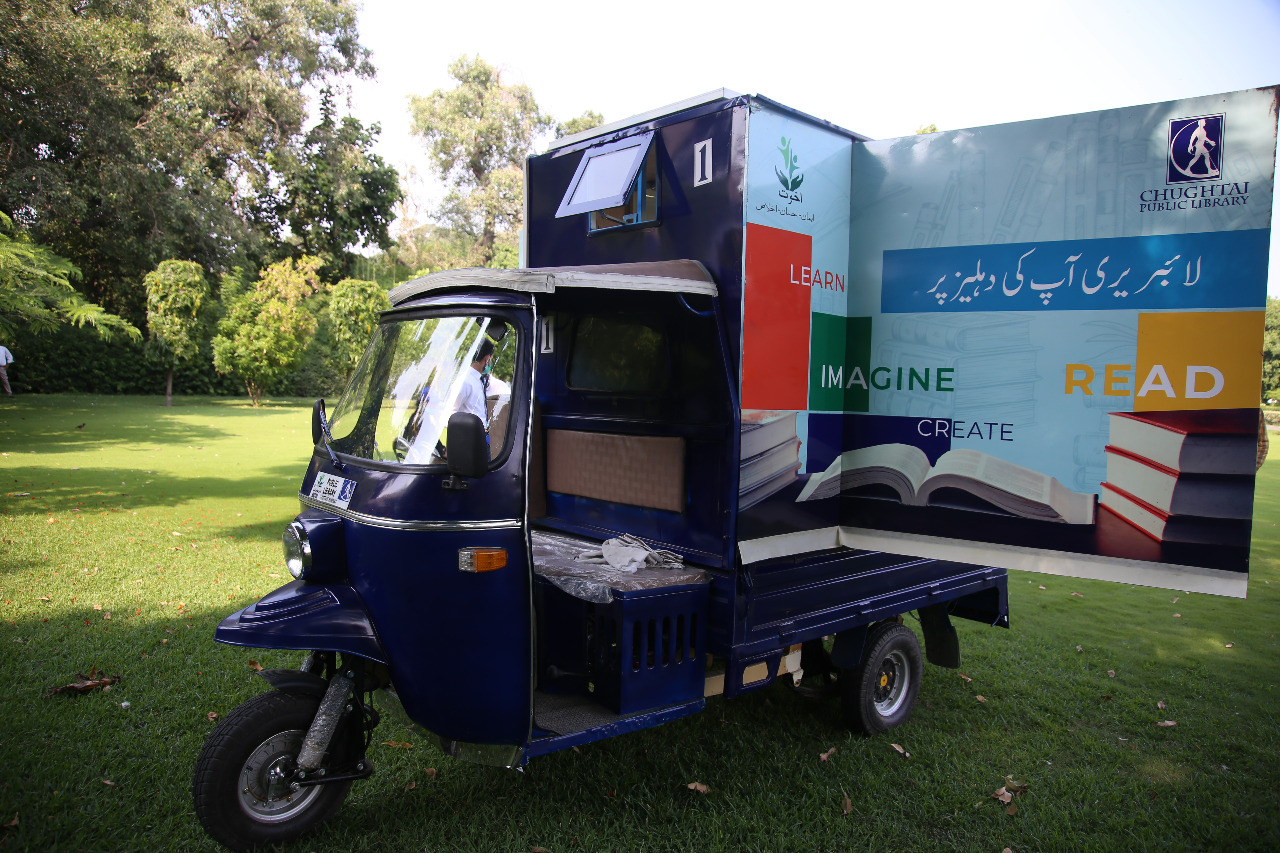 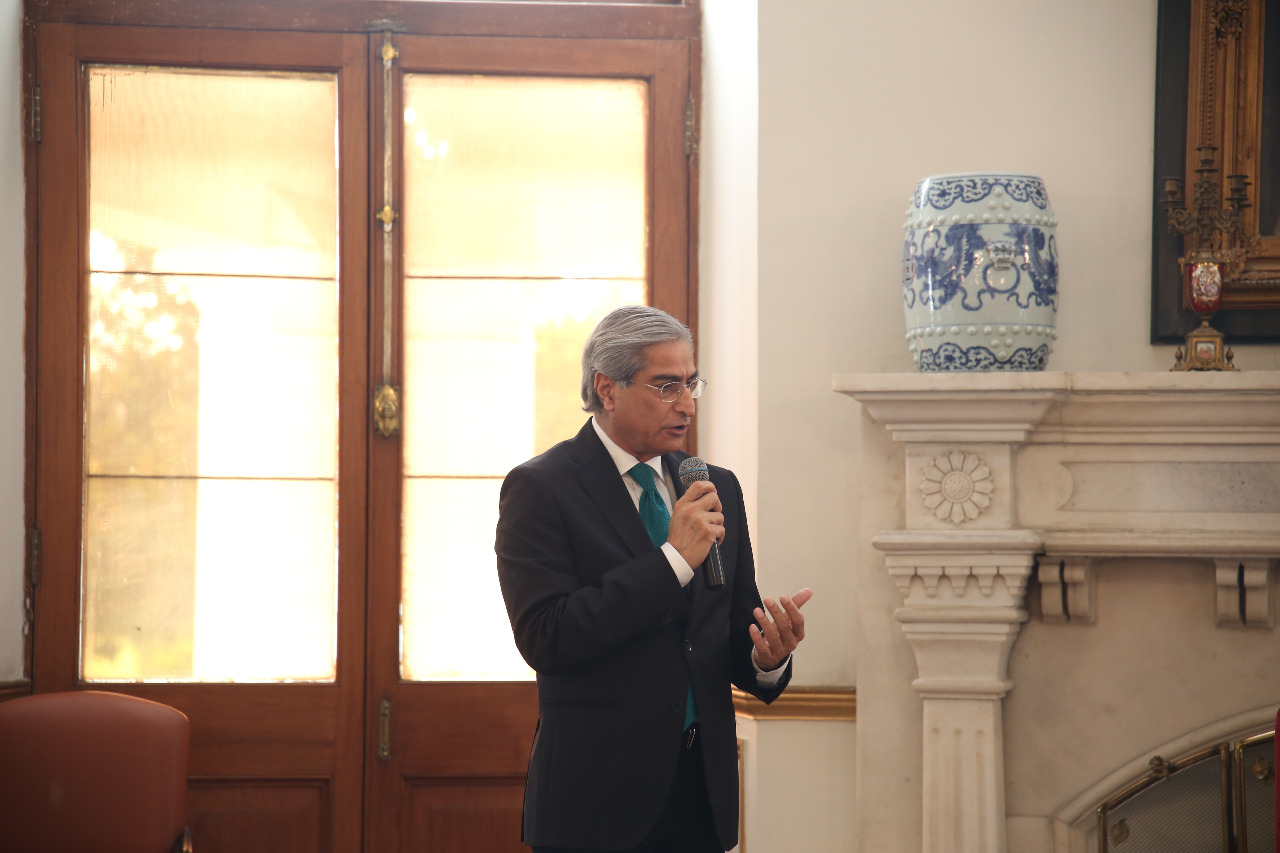